As you know, last Saturday (5th February) was a day dedicated to saving libraries. It was a fantastic day for libraries. It’s estimated that over 80 events were run in libraries up and down the country and thousands of people attended them. Members of the Voices For The Library team attended events in Yorkshire, Croydon and Doncaster. 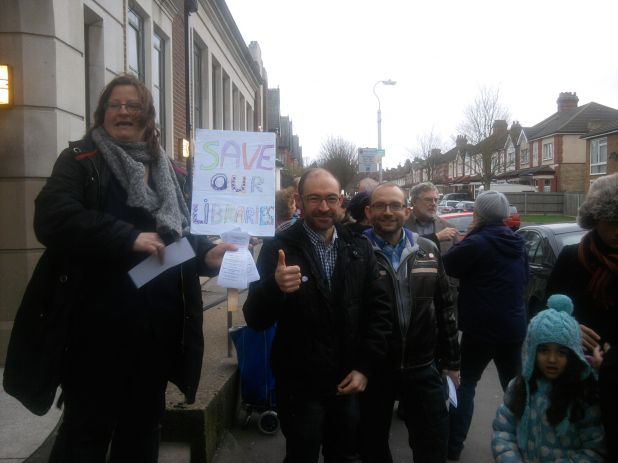 It was great that thousands of people took part and we’re sure that, even where events weren’t being run in local libraries, many more people got involved in showing their support in other ways… some visited their local public library and took out their maximum quota of books, DVDs, CDs. Others used online services provided by libraries. Lapsed users made the effort to visit their library to find out what 21st century libraries had to offer them and renewed their library memberships. So many people wanted to show that libraries are valuable to them in so many different ways.

The Voices For The Library team want to say thank you to anyone who got involved in the day – whether you ran or attended an event, or did your own thing. It was such an important day and a great opportunity to send a clear message of support for libraries to politicians and library detractors. You should all be very proud of yourselves.

However, don’t forget that you need to continue showing your appreciation for libraries if you want to save them. Here are some ideas about how to do that:

It was a great day, especially as it generated so much media attention, and we’ll be bringing you further updates about the day over the coming week.

4 thoughts on “Save our libraries day success”