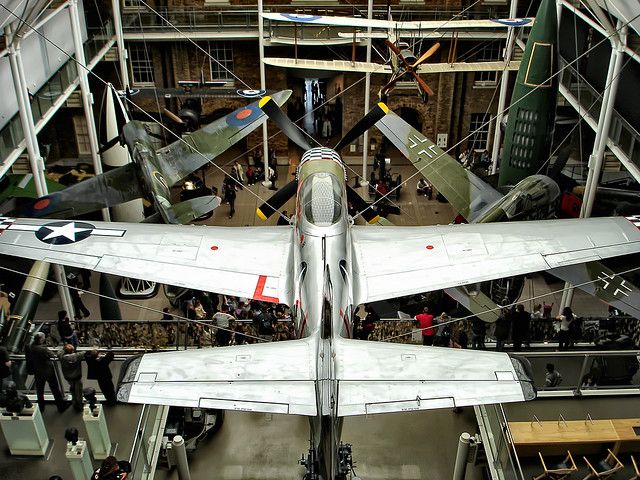 Are libraries an important resource in large national museums? The recent news that the Imperial War Museum (IWM) plans to close their Library and dispose of the Library collection, suggests that libraries are no longer perceived to be of value to museums. Historically libraries were considered an essential part of the Victorian museum. But do shrinking budgets and resulting cuts spell the end for the museum library? With huge advances in technology widening access to information do museums believe the misconception that all information can now be found on Wikipedia? Are the days of the National Art Library, Caird Library and Natural History Museum Library also numbered? What is the value of a Museum Library in the 21st Century?

The core role of the museum library has remained fairly constant since the 19th century. Its primary purpose can be seen as providing information about the objects held in the Museum. An object is of little value unless something is known about its context, its relevance, its story. But the items held in the library also have a further value as objects in their own right. When you visit IWM, you will see items from the Library collection on display in exhibitions across the Museum’s sites. The IWM Library collection is not discreet from the Museum’s wider collections. The Library’s printed holdings form part of the Museum’s core collection, with printed material collected alongside the objects, art, film, photographs, documents and oral history recordings held by the Museum’s six other collecting departments.

The IWM was established in 1917 out of a desire to record and remember the Great War, which at that date was, of course, still being fought. The intention was never to create a military museum.  The address to the King from the Committee of the IWM at the opening of the Museum declared it was, “not a monument of military glory, but a record of toil and sacrifice”*.

To this end the Committee set about actively collecting material that illustrated the toil and sacrifice of the people of Britain and the Commonwealth. War literature was preserved; regimental magazines, maps, music, letters, stamps, posters, propaganda leaflets and souvenirs. As the war continued, material produced by the Government printers, including war books, Army lists, proclamations, orders and regulations, were added to the collection too. The original collections of the Museum were not therefore iconic objects, not the Spitfire or V-1 flying bomb which visitors will find dramatically suspended above them in the atrium upon entering IWM London today. Much of the original collection consisted of war literature, printed material and ephemera – collections now held by the Library.

The collection today results from the active collecting of printed material related to conflict and its impact over a period of almost 100 years – 97 years and 8 months to be exact! The Library acquired its first printed item in April 1917, a programme of the pantomime ‘Dick Whittington’, staged by the 85th Field Ambulance in Salonika. The Museum’s first annual report shows the Library acquired in excess of 7000 items in 1917 alone, of which 5000 were donations. Contemporary material published during subsequent conflicts, including the Falklands War, Gulf War and Afghanistan, has been added to the collection at the time of these conflicts. A clearly defined remit and collecting policy ensure a comprehensive collection of printed material is acquired. The holdings of the Library are estimated to be in excess of 320,000 items and part of the Library’s value stems from the depth of its coverage and from the completeness of the collections, for example in the holdings of published regimental and unit histories.

The Library at IWM is a resource for museum staff, used for example when researching a new acquisition or when preparing an exhibition. A reference library, it offers borrowing right to Museum staff only (so long as material remains on site) as access to printed sources is essential to maintain the standard of information presented in the Museum. A library enables curators to gain a better understanding of a museum’s collection and a deeper knowledge of their subject.

The Library is also indisputably the most public-facing collecting department at IWM, used extensively by the Museum’s visitors. Library staff assist visitors in the ‘Explore History’ Centre and the Research Room, respond to written enquiries via the Collections Enquiry Service and manage the telephone enquiry service. Explore History opened in May 2010 with the intention of revolutionising access to the Museum’s collections, much of which – as is the case in most museums – is held in storage rather than on display. In the press release the Imperial War Museum proclaimed it was, “An innovative project which will see visitors get up close and personal with the past thanks to improved access to our Collections”. Explore History is accessed directly and freely from the museum, and here, with assistance from Library staff if necessary, visitors have the opportunity to delve further into the Museum’s collections, accessing digitised sound, film, photo and art collections.

Explore History is an extension of the Museum’s galleries with professional, qualified Library staff able to respond to queries, which may have been raised by a particular topic or item on display, using a printed reference collection. An individual who lived through the blitz of the Second World War may have memories jogged by items on display in the museum. Perhaps a gas mask. Perhaps a recollection of how she hated wearing her mask because of the smell, or the way the strap chaffed her ears. And then a memory of a particular experience – of a night when she had stayed in the cinema after the air raid siren sounded, of how her worried father had been out searching the streets, of the devastation that night’s bombing had brought. With her appetite whetted, Explore History, Library staff and the printed collections can provide more detailed information about the bombing raid which she remembers. She might be shown the, Blitz then and now volumes,which provide a day-by-day account of the Blitz. This publication is not rare, or valuable. It isn’t a primary source. But it’s a source of information, and it is the location of the book – available to be consulted in the Museum – which is key to its value to this individual. The museum visitor may then listen to an interview with someone who also experienced the bombing from the Museum’s oral history collections, or look at the details of those who died in that raid on the Commonwealth War Graves Commission website, or in the printed memorial volumes, which are also held in Explore History.

While collections held at the British Library, or at an academic Library, may be ‘accessible to all’, they are only truly accessible to ‘all researchers’. All individuals with a clear idea of what they wish to research, what material they wish to see, and a reader’s ticket to enable them to consult this. Collections at IWM are accessible to a wider audience; the museum visitor, the casual enquirer. The individual who may well go on to become a researcher or family historian but who is not yet at the stage of knowing what they are looking for.

Library staff direct visitors to other sources of information, including Museum collections, further published Library material and/or records held by other organisations, and Explore History acts as the first step into research for many Museum visitors. Perhaps unsurprisingly, the most common enquiry is how to start tracing a relative’s war service. In assisting individuals’ with research into their own relatives’ experiences of conflict, the Library staff help honour an original aim of IWM: remembering the sacrifice of everyone who took part in the First World War. And the Library services and collections are well used; in 2013/4 55,000 individuals visited ‘Explore History’ and the enquiry service handled over 22,000 remote enquiries.

A further 3,600 individuals undertook in-depth research in the adjacent Research Room, where the Library’s collection can be accessed along with the unpublished diaries, letters and memoirs held by the Documents department. The Library collection gains value from being housed and consulted alongside museum collections. Indeed the printed collection is essential for the context it adds to other collections within the Museum. An excellent example of this can be seen when consulting postcards sent home from the trenches by a soldier during the First World War. A fantastic and moving source, sometimes made all the more moving by their upbeat tone. The soldier cannot provide details of the action in which he is involved in mail sent home, and would often also wish to shield his mother, wife or children from the horror he was experiencing. Therefore in order to discover in which action the individual served, and to gain a true picture of their experience, this item needs to be examined alongside printed material, including campaign and unit histories.

The IWM propose closing ‘Explore History’, closing IWM Library, disposing of printed collections and cutting experienced, professional Library staff. This would severely reduce public access to museum collections and to sources of information, knowledge and learning. This would lead to the loss of a unique national reference library on twentieth and twenty-first-century conflict. It would leave a Research Room with no printed collection. The Imperial War Museum is an international centre for study and research, but without a Library would it continue to be so…?

Individuals can help save this unique and valuable collection and ensure it remains accessible and held at the Imperial War Museum. Please sign the petition: bit.ly/save_IWM  and read the ‘Petition Update’ of 27 November 2014 for further ways to support the campaign to save the IWM Library.